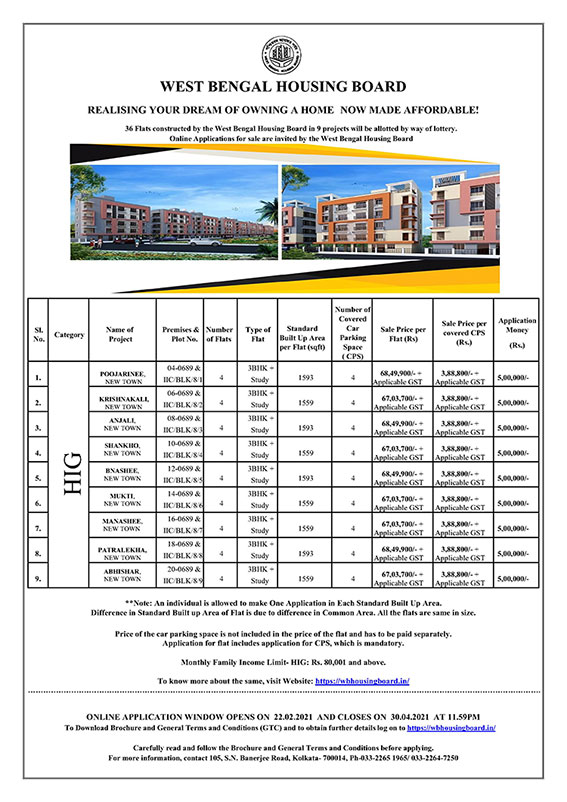 West Bengal Housing Board was established under the Act XXXII, 1972 by the Government of West Bengal. W.B.H.B. is under the administrative control of the Housing Department, Government of West Bengal and an autonomous body, started its operation from 1973 and has been able to construct nearing 35000 nos. of dwelling units to various categories of people scattered all over the State of West Bengal. To provide affordable housing is major challenge. The new Government in the state has given due attention for development in this sector and transparent functioning. The aim is to initiate the development of new Houses and Flats in the State. The Flats constructed by the board are allotted to the people of West Bengal through a lottery system.

For new offers and upcoming projects by West Bengal Housing Board you can keep an eye on the official website of the Board. The houses provided by the board comes in the following category